Fill in your length and weight above, in order to calculate your BMI. 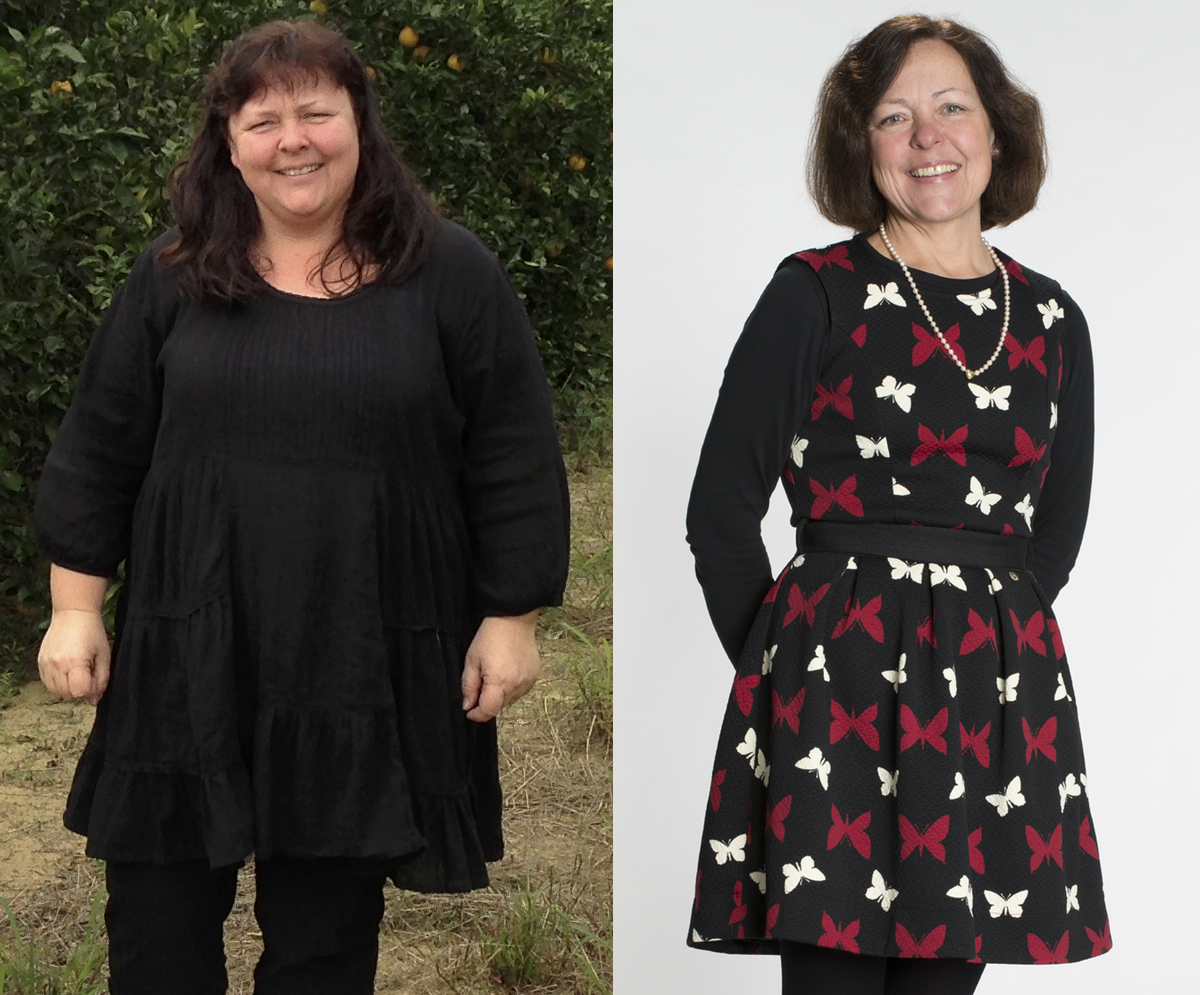 “It came to a point where I knew I would have to have surgery anyhow, either for my knees or for my hip”

Lotta is one of four sisters and as long as she can remember she was the one that weighed a little bit too much. She was 10 years old the first time she went on a diet. Today – after the Gastric Bypass surgery – she weighs 60 kilos and she has not done that since she was in middle school. In all, she calculates that she must have lost 100 kilograms over the years. She became something of an expert in losing weight, but unfortunately, she was as good at gaining the weight back again.

Lotta is 50 years old and lives in Motala with her husband Magnus. The pair is something as unusual as highschool sweethearts, and they have always stayed toghether for better or for worse. Lotta is the primary school director within the framework of Linkoping municipality’s school agency and she has two children. Ever since she was little she has been overweight, something that she rarely experienced as being difficult. But when she looks back at all those years, she understands how much time and effort it has taken and how much obesity has restricted her. During her entire adult life, she says that she has been dieting:

“I think the 5:2 diet method is the only diet that I have not tried, because it came after I had my surgery.”

In all, she expects she must have lost 100 kilos, and she became something of an expert in losing weight. Unfortunately, she was as good at gaining the weight back again.
“During all those years, I never felt bad mentally because of my weight, but I’ve always been a strong person. In retrospect, I realize how many knacks and tricks I was doing to get by and how it was restricting me. I just got so used to not thinking about it. For example, it could be how I chose to sit in a seat to look like I was thinner. I could have a really good day but every time I thought I did I always came to the same conclusion; Now I’ll just have to lose the weight as well.”

Just five years ago, Lotta began to think about getting a Gastric Bypass operation. She understood that, if she did nothing now, she would eventually need to perform an operation, for her knees or hip. For Lotta, the health aspect was the most important part. She believes that the process that led her to want to go through with the surgery was something she needed. She had many concerns, such as believing that she would never be able to enjoy a whole dinner again. “After the surgery, I quickly understood that this was completely wrong. I can eat everything, only less, which one quickly learns. ”

It was also that process that drove her, it only took her four weeks to schedule the surgery after making her decision on Thursday morning 2013. One of Lottas conditions for the surgery was that the operation would be done privately, because in a small society like Motala she would never have gone through the County Council process. Not to mention the shame she would have felt if she would have been associated with that.

“I was going to have seven weeks of vacation that summer and I thought that it would be ideal to carry out the surgery around Midsummer. When the doctor at NCK, whom I had talked to at that time, and had met with several times and gained great confidence in, asked if I was ready in April, I thought at first, no, it’s not possible, “says Lotta.

“When I asked the doctor if he thought I was really ready, his response was a clear, yes! Then I felt, let’s do this “

The more Lotta thought about it, she felt that, with all her experience in dieting together with her strong psyche and the great support she had from her family, it might not be that crazy after all.

“When I asked the doctor if he thought if I was really ready, his response was a clear, yes! Then I felt let’s do this. Everything went very well for me, I had no complications at all and I lost a lot of weight. In addition, it went very fast. I think that happened because I took the dietary advice that I received from the dietician so meticulously. For those who are considering an operation, it is important to remember one thing. You do not wake up and have a completely new life. It requires enthusiasm and great commitment. You must be detriment to do it. To me it was also crucial that I had so much support from my family, both from my husband and my children. Without them I do not know if it had gone as well. “

During the first 14 months after the surgery, Lotta was losing so much weight that she asked the doctor if it would never stop. He assured her that it would stop when it was time. And it did. Today, Lotta weighs 60 kilos, which she has not done since middle school.

“For those of us who have reached the age of 50, the idea of how my health would deteriorate over the years was crucial to me. Today I am carefree and I now understand how I was really feeling before the surgery. It is obviously also very fun to buy a pair of stylish jeans as well. Not many people recognize me today. Once they realize that its me, everyone is so positive and encouraging. Some have even been jealous, “she laughs.

Every day Lotta feels like she is high on happiness. “Just think, there is a picture of my husband lifting me up on my 50th birthday. It has never happened before. I do things now that I could only dream of in the past, I’ve taken a cable car and climbed in trees.

“In conclusion, Lotta says, “Family means everything for me, and friends come in at a close second place. But I have to say that the doctor who operated me is also comes close. What he has done for me means a lot to me, I will never be able to return the favor. For me this was my last chance. “

Any cookies that may not be particularly necessary for the website to function and is used specifically to collect user personal data via analytics, ads, other embedded contents are termed as non-necessary cookies. It is mandatory to procure user consent prior to running these cookies on your website.